Our faculty is composed of passionate, talented, qualified and most of all, friendly teachers.

A fun. action-packed camp for teenagers creatively designed to inspire and offer a healthy and creative dance-full summer activity.

Write us to reserve your space. HURRY!!! We may also be able help in providing a pick-up service from your home to our studio and return.  If there is enough request in your area, we may be able to arrange this transportation service for you.  Just let us know in advance so we can plan it and organise ourselves. The camp will be held at our studio in Matinkyla. The address is: Sepetlahdentie 2-4 B, Matinkyla, Espoo, 02230.  We also use films and videos in our program.  Our objective in using audio-visual presentation (dance film/video education) is to inspire and educate them not only about the different dance styles and trends of our generation but also the contribution and role of media (audio-visual) in the development of the dance world in our time.  We have a "mini-cinema" in our studio.  The kids love it!  REGISTER NOW!!!

The classes will focus on laying out the foundation of street dance starting from the early soul-funk groove of the 80s, down to the 90s style all the way to the present urban styles.  Training may include outdoor workout.   Get ready for the summer.   Dance, sweat, be healthy and have fun!!!

Ricky Carranza will be the main teacher.

For more info, write to: info@styledanceindustry.com

The festival is a unique annual event focused on giving dancers a platform to share their stories through cinematic films.  Hundreds of filmmakers from around the world submit their works with hopes of being screened at this glamorous festival.

Ricky Carranza is the founder of DF2.  For more info about the festival, please visit  df2hollywood.com

WORLD OF DANCE  founder, Dave Gonzales, meets up with Ricky Carranza and Janne Erkki-Laine, who were in Los Angeles for Divulge Dancers' Film Festival.

World of Dance (worldofdance.com) is a Southern-California-based dance, fashion, music and entertainment brand founded in 2008.  It is the world's largest dance entertainment enterprise, elevating artists and brands with events, entertainment, and digital entertainment.

Dave has also appeared in Ricky 's award-winning film "Beyond the block."

OG Skeeter Rabbit (James Higgins) sharing his heart, wisdom & dedication to the preservation & further development of the dance culture for the common good.

Photo taken during the forum discussion after the screening of Beyond Hiphop at the DF2 2019 at the Barnsdall Gallery Theatre, Hollywood, California, USA, 23-24 November 2019.

Style Dance Industry is a partner and supporter of Divulge Dancers' Film Festival, an annual film festival held in the last quarter of the year in  Hollywood, Ca, USA.

We are dedicated to educate & Inspire the youth 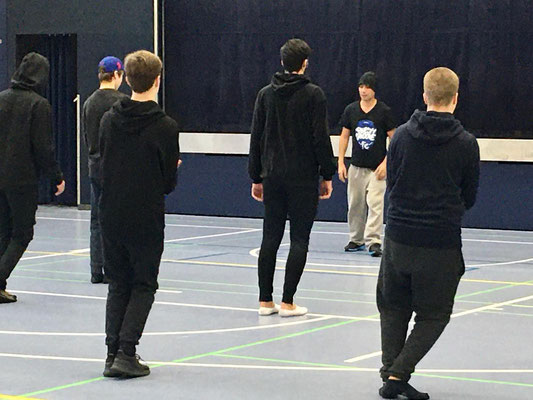 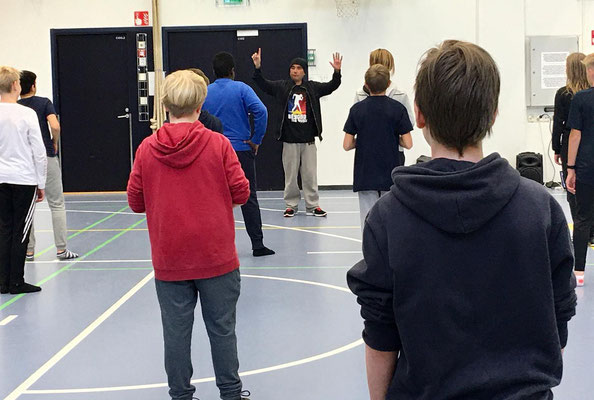 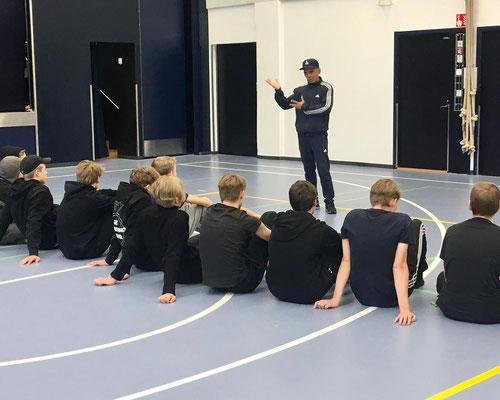 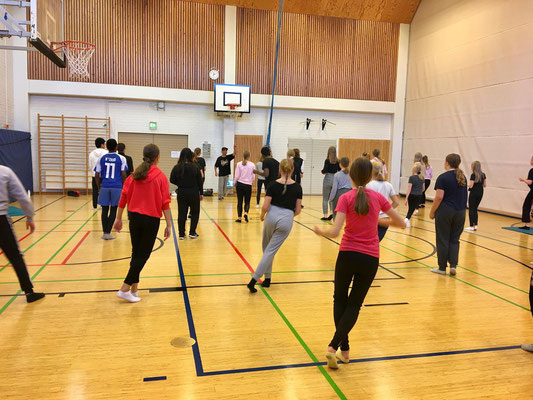 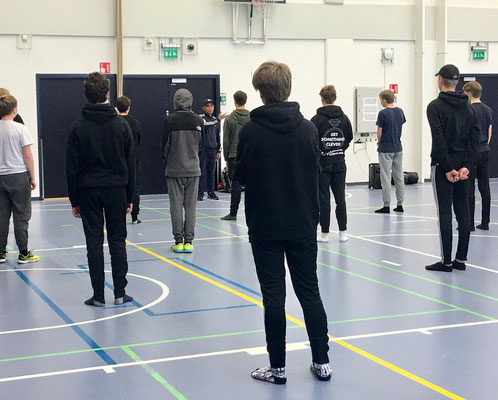 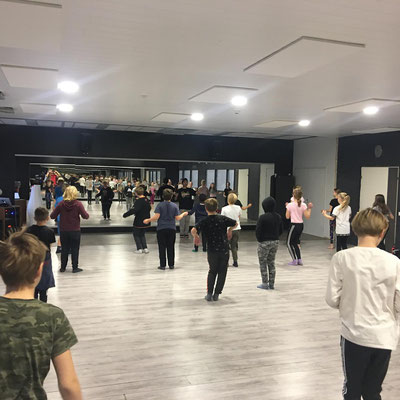 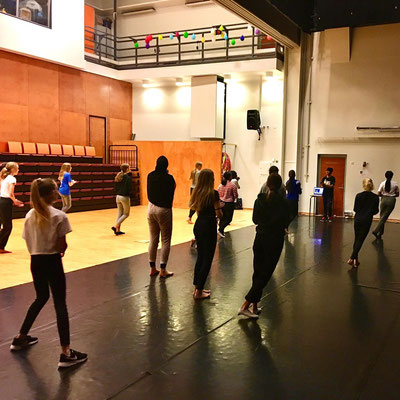 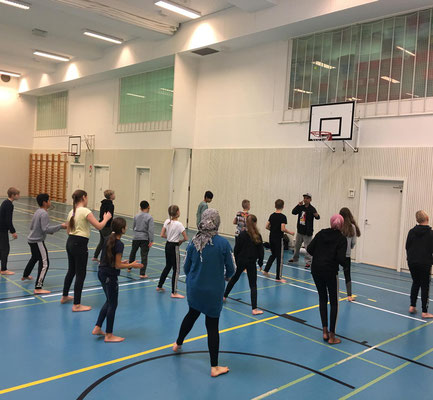 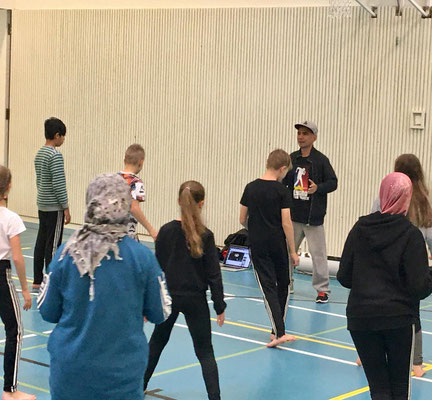 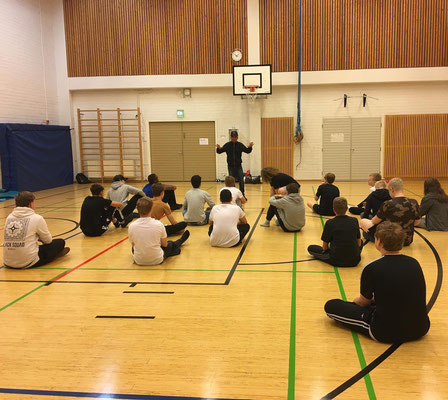 on 2 March 2019.  The project is in collaboration with the City of Los Angeles with an objective of providing a healthy and creative recreational activity for the locals.

Ricky Carranza teaches at the Kona Dance Performing Arts on 22nd of February 2019.

Bring your kids to us and we will inspire them to dance.  We recognize the immense power of music and dance on every individual especially our youth.

Come and join us!  Learning guaranteed.  We have been in the dance business for more than 30 years.  You can count on it - we can inspire you to dance!

Email us: info@styledanceindustry.com or use the "Contact us" button below.

film of director Ricky Carranza.  The film is about an in-depth look at the ever-

The documentary is majestically narrated by a legendary Soul Train dancer, James Higgins aka Skeeter Rabbit.  It is the sequel to the award-winning film "Beyond the block".

Amazon releases the award-winning film "Beyond the block" script and photo book.  It contains rare and never-seen photos of the cast of the documentary film.

Chicago, Illinois, 1-5 March, 2018, "Keep it reel - the history of Irish dance culture in Finland" directed by Ricky Carranza was selected and screened at the prestigious "Chicago Irish Film Festival."

Los Angeles, California, director Ricky Carranza did some filming for his next film projects.  See pictures below: With Soul Train dancer OG Skeeter Rabbit, Fluky Luke of the Lockers, Ana Sanchez aka "Lollipop" and Michael Chambers aka "Turbo" of the mega-blockbuster franchise film "Breakin" in the 80s.

Ricky Carranza teaches and trains a dance company  based in Abruzzo, Italy for national competitions.

BTB screens in Dubai in September 2017.

New classes at International School, Suurpelto, every Wednesday at the Library 14:00-16:00. Register now!!!

FREE for students at the International and Finnish school.

in Brisbane, Australia in September 2017.

Ricky Carranza reaches out to survivor kids from typhoon Hayan.

We are looking for dancers to join the Suomi Team 2017 that will represent Finland at the World Championships, Hiphop International in August 2017, Phoenix, Arizona.  See more below.

Congratulations and huge thanks to Carol Panday of "Simply C" for a successful BTB event in London on 29 January 2017! See more below.

for economically-burdened families particularly for immigrants

to help them re-integrate in the society.  Please contact us to avail of these programs.

BTB script-photo book will be published and ready for distribution in Amazon soon. More info coming.

has been awarded THE BEST DOCUMENTARY at the International Film Festival Manhattan in New York on 20 October 2016.

Earlier, it was NOMINATED for Best Documentary at the Long Beach International Film Festival on 3 September 2016.

In August, the film was a FINALIST to BEST DIRECTOR and BEST DOCUMENTARY at the Hiphop Film Festival 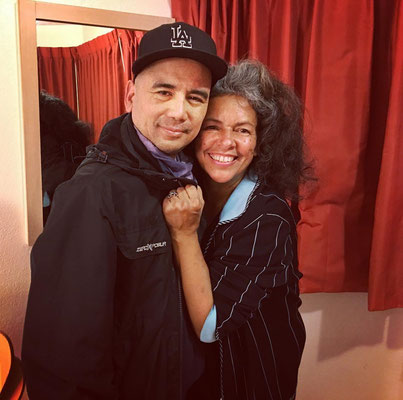 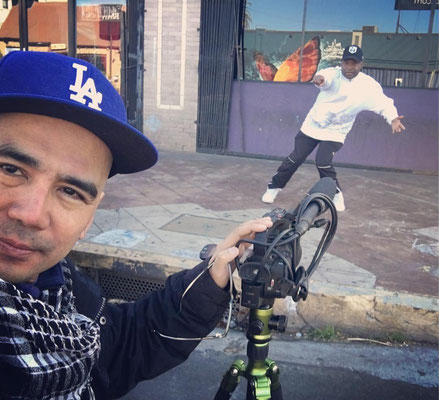 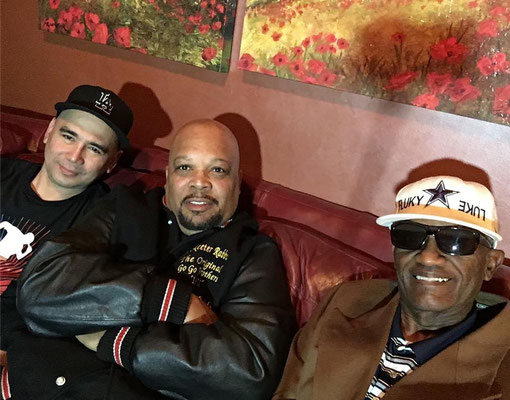 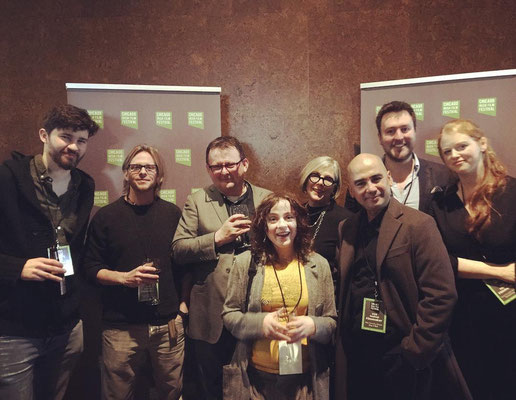 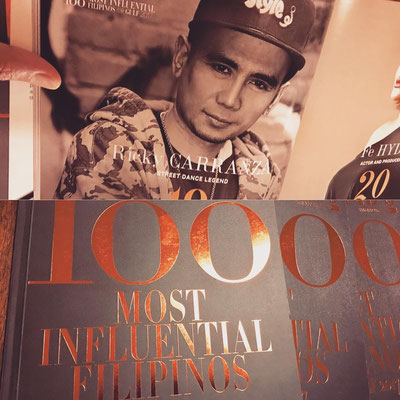 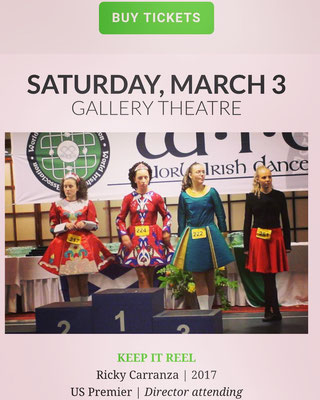 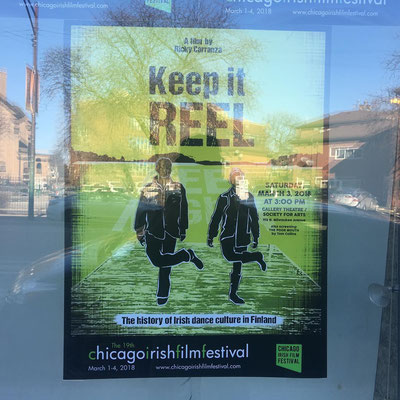 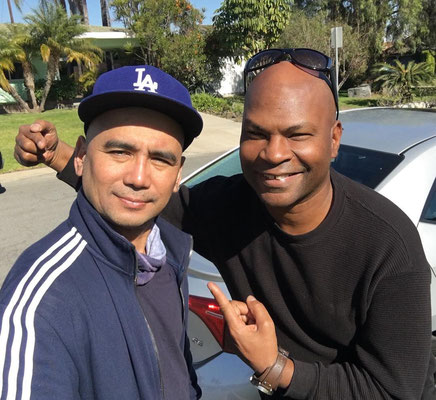 Espoo,  Finland.  Ricky continues to hold dance classes in different academic schools in Espoo city.  His objective is to reach out to immigrant youth through dance to help them reintegrate well in the society.  He also conducts and supervises free dance classes specially designed for them in various places.  For more information about these free hiphop/street dance classes, please contact ricky@styledanceindustry.com  and reserve your post as soon as possible.  First-come-first-served

Florence, Italy, December 2017.  Master teacher Ricky Carranza reunites with his former dance student now a popular dance teacher in Florence, Gabrielle Vernich, in teaching  a bunch of excited kids in Scandicci. The class is a preparatory session for an upcoming recital, wherein the students of Gabrielle will be performing different dance pieces.  Ricky is the first hiphop teacher of Gabrielle. He was barely 10 years old when he first joined Ricky's class.  Gabrielle teaches and  dances professionally for Opus Ballet, Florence, Italy.

Abruzzo, Italy, October 2017.  Choreographer Ricky Carranza trains a dance company called "Virus Dance Club" from the town of Atessa.  The training includes the making of a choreography for a national competition and the learning of the essential foundation of street dance.  Ricky has taught this multi-award-winning dance group since 2005. There were about 16 young, passionate, and talented youth who participated the intense program.   Style Dance Industry wishes them all the best in their upcoming competition.

Beyond the block dance crew at the Vox cinema, Grand Hyatt Hotel, Dubai, right after a successful screening, on the 1st of October 2017.  The exclusive event was organized by the Consulate of the Philippines UAE to promote and encourage

Filipino dancers working in Dubai to keep striving for excellence in their craft. Almost 400 people, mostly from the upper class of the community, attended the screening.  Special thanks to the Consul General Paul Raymund Cortez for spearheading the project in collaboration with Tabeer Travel.  Deep gratitude to the Filipino hiphop community in Dubai who came to support and graced the event and all the sponsors who made it all possible to a produce a memorable delightful cultural event.

CREW TRAINING:   We are looking for dedicated and passionate dancers who would like to participate COMPETITIONS AND SHOWS, international and local. Audition required.  Crew training in Espoo 14.00, every Saturday.  Contact us now.

Domination International (World championships dance competition) invites Ricky Carranza to teach a workshop and take part of the international panel of judges.  The workshops will take place on 17 September 2017, from 13:00 to 18:00, at the Cupo 17 Mclachlan Street, Fortitude Valley, Queensland  4006.  As part of the package, the award-winning "Beyond the block" documentary film will also be screened  during the Domination International event.  For more information: visit dominationinternational.com

Bantayan Island, Cebu, Philippines, 16 May 2017.  Director Ricky Carranza teaches a big community of kids, who were offsprings of those who survived the typhoon Hayan at a settlemen camp called MARCH village.  Mr. Carranza was in Cebu for the screening of his documentary film "Beyond the block: the untold story of Filipino street dance."

The screening event in Cebu was organized in collaboration with the Arts Council of Cebu  for the promotion of hiphop arts in the region.  In the photo, Mr. Carranza's two young daugther,  Alessandra and Isabella, aged 6 and 5, are seen assisting him at MARCH Village.

Manila, Philippines, 12 March 2017 - Director Ricky Carranza delivers his "Thank you" speech as he receives the "People's Choice" Award for his autobiographical documentary film entitled "Beyond the block - the untold story of Filipino streetdance" at the Sinag Maynila 2017 "Awards Night" (Gabi ng Parangal).  The prestigious event was held at the SM Aura, Samsung Hall, Taguig, Metro Manila.  Beyond the block was among the 5 finalists chosen from the 60 films which were submitted to Sinag Maynila 2017.  Solar Films is the organizer of this annual exciting event.

London, 24 February 2017. Courtesy visit of Filipino street dance ambassador, Ricky Carranza, at the Philippine Embassy, London, with his excellency, Philippine Ambassador to the United Kingdom, Antonio Lagdameo.  In the meeting, dance legend Mr. Carranza discusses his plans in reaching out to the Filipino communities in the UK and the idea of connecting with the locals through dance.  Ambassador Lagdameo expresses his support to Mr. Carranza's plans and efforts.  Two days later, Mr. Carranza held a free dance workshop at FM Bar, London, organized by Carol Panday of Simply C Production company.

Solar Entertainment's Press Conference held on 13 February at XO 46 Heritage Bistro, MOA.  Beyond the block documentary film is selected as entry at the 'Sinag Maynila' Film Festival which will be premiered on 9-13 March 2017. There were 5 entries chosen from 60 films.  BTB is the only documentary film in the line up.  The screenings will be in different cinemas in Manila: SM Megamall, Gateway, SM North Edsa and Glorietta.  Multi-award winning director, Brillante Mendoza (holding the microphone) is the Film Festival's chairman.  Filipino Funk dance pioneer, Heck Gatdula, of the legendary group "A&W Computers" is on the right (with BTB shirt). Kudos to BTB cast and production crew.

We are looking for versatile, dedicated, team-player and passionate dancers, male and female, from 16 years old up to join the Suomi Team that will represent Finland at the World Championships, Hiphop International held in USA every year.

The audition and training will be on Saturdays, 14:00-17:00 at SDI Espoo.  Interested dancers should write to the SDI management for appointment.  Training/Audition is held at SDI Espoo, Sepetlahdentie 2-4, Building B, Basement floor, Matinkyla, Espoo.

If you think you got what it takes to be a part of the Finnish national team, contact us as soon as possible.  You may be the one who will represent Finland at the prestigious and much-awaited annual dance competition held in the USA.  Hiphop International is the creator of Randy Jackson's MTV's America's Best Dance Crew.

View our up to date schedule to find just the right class.

We welcome dancers of all ages and experience at STYLE Dance Industry.